“I will … find an alternate way of selling and marketing my games”, wrote the developer defiantly before the Rape Day web page was first taken down on 5 March 2019. Already the Game is being promoted on other sites. 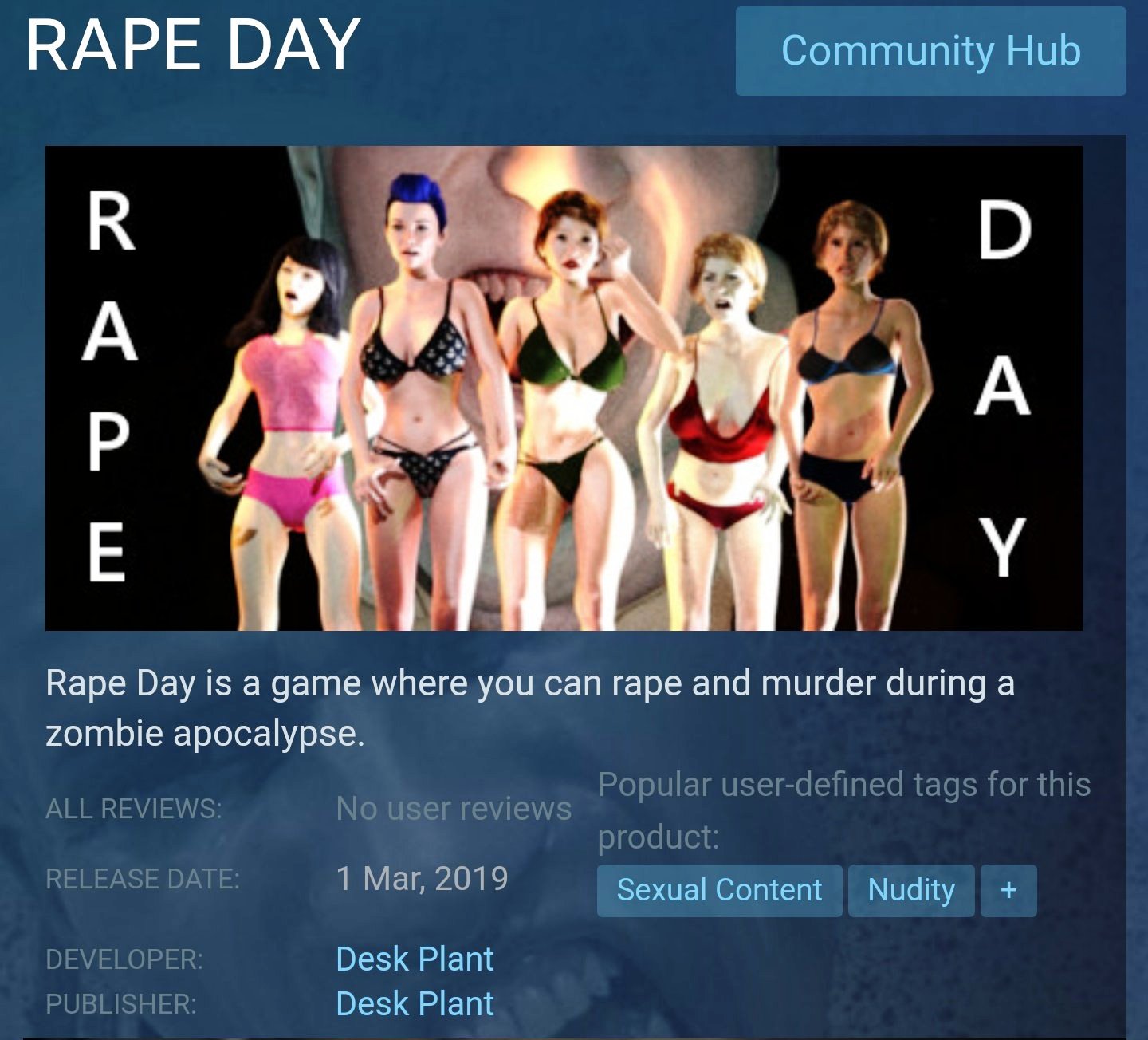 “I will … find an alternate way of selling and marketing my games”, wrote the developer before the Rape Day web page was taken down.

Special Release (03/08/2019) Toronto, ON – The RINJ Foundation Women, a Canadian-based Civil Society group has been fighting for the safety of women and children from sexual violence since 2005 as The RINJ (Rape Is No Joke) Campaign and since 2012 as a Canadian not-for-profit corporation, The RINJ Foundation.

According to Katie Alsop, a director of the organization, despite the birth and growth of the organization which was driven by a pandemic of rape crime used as a weapon of war, the crime of sexual violence around the world has never been worse.

The long-time director has sought the services of The Reaper Team cyber security group to track down the location of developers who have been writing Video Rape Game gaming code and uploading it to Dark-Web sites and to Gaming distributors. The purpose is for the service of summons and other court documents.

Promoting the rape of children is a serious crime in many countries.

It has been learned that some gamers are connected to child sex trade rings and are using game rooms as lures for cultivating both potential victims and buyers.

Also the option remains to civilly prosecute those persons developing rape video-games to  encourage youth to rape and kill women.

“As 40% of women in South Africa suffer rape crime,” she notes, “and as sexual violence crime explodes in South Sudan, plus former ISIS women are being raped in Syria and Iraq, a brain-dead money-grabbing video Rape Day game developer wants everyone to become a virtual rapist and murderer.”

In the words of the developer:
“Control the choices of a menacing serial rapist during a zombie apocalypse. Verbally harass, kill and rape women as you choose to progress the story.”

“It’s a dangerous world with no laws. The zombies enjoy eating the flesh of warm humans and brutally raping them but you are the most dangerous rapist in town.”

The RINJ Foundation‘s Sharon Santiago says that “Internet service providers caught offering content for and about rape video-games to  encourage youth to rape and kill women would face harsh legal and extra legal action from RINJ and via RINJ legal complaints to jurisdictional authorities.

Find Us On The Web