I warned U Daesh scumbags who for 2-years die at the hand of a Japanese woman! Hell is full of you. Yes! PAYBACK IS A BITCH. RIP Kenji Goto. pic.twitter.com/F6xHpA0MXD

Pacifism to Aggressive Self Defence

Pacifism – Japanese humour and diplomacy sought the exchange of Kenji Goto and other prisoners from ISIS. Typical Japanese pacifism resulted in many stiff upper lip expressions of Japanese humour. Peaceful coexistence is Japan’s point. But violence is ISIS’s point, and the worse the better. The Islamic State doesn’t leave thousands of corpses in its wake as a means to an end. Slaughter is its goal—slaughter in the name of higher purification. Mass executions are proof of the Islamic State’s profound commitment to its vision. Kenji Goto had already been killed. ISIS released the video. 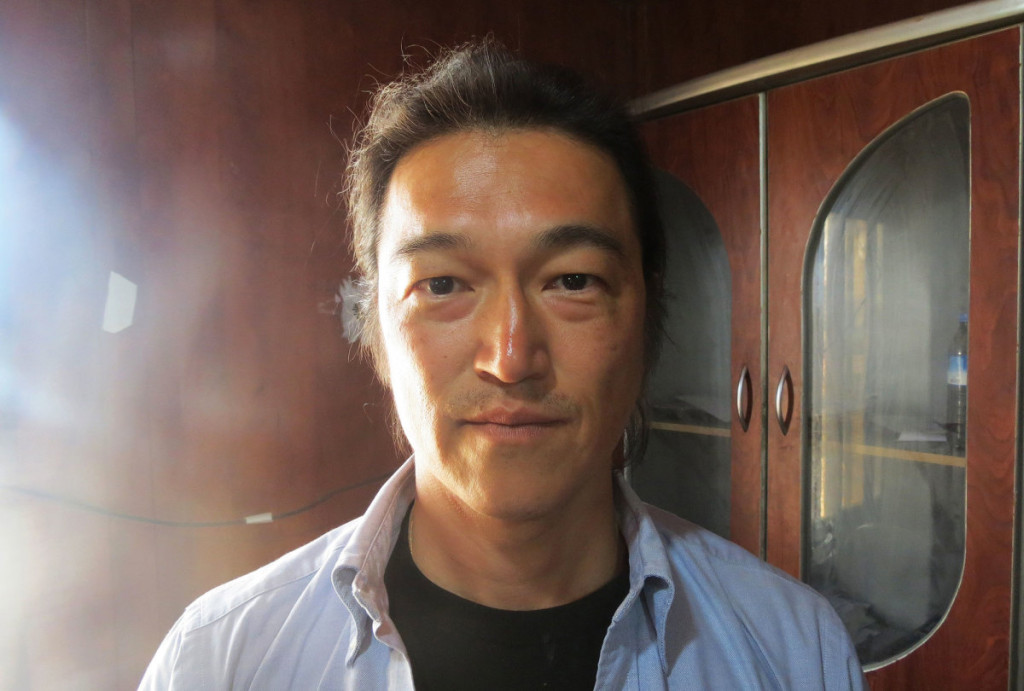 Before the beheading of the journalist Kenji Goto, Japan didn’t think that it was even in a fight with the Islamic State. All Japan had done was contribute a couple of hundred million dollars in humanitarian aid to countries fighting ISIS. Then the man who has come to be known as Jihadi John, the executioner with the London accent seen in several of the group’s videos, threatened death to every Japanese person on the planet as he prepared to slaughter Goto. As a result, a political scientist at the University of Tokyo told the Times, “The cruelty of the Islamic State has made Japan see a harsh new reality. … We now realize we face the same dangers as other countries do.” People in Japan are now calling Kenji Goto’s murder their 9/11. — The New Yorker

And Now Aggressive Self Defence

JAPAN IS COMING TO KILL YOU, ISIS!

With greatest respect and my love to Emperor Akihito, the constitution article 9 of Japan must now change.

Oh great Emperor Akihito, since the horrible death of Kenji Goto, the great disrespect by the Islamic State Caliphate to my homeland Japan’s honour, I have served my friends to guard the safety of my countrymen and those friends I protect as Ex-Patriot Soldier.

I have always seen that further dishonour to my homeland must be prevented; Japan must do its duty and can no longer be pacifist. It must go after ISIS.

Under Honourable Shinzo Abe, a majority of the Japanese legislature’s lower house is acting in apparent violation of the venerated constitution — but I and my vote agree this is needed as do most of 13.5 million Japanese, and there’s reason to think the legislation is going to pass.

If Article 9 of the constitution may not be amended, then move in the direction of interpreting it to allow expanded military forces fighting in the Middle East in the spirit of self-defence. Japan must kill ISIS in Syria and wherever else they be. Honour must be recovered. Kenji Goto will be avenged.

Honourable Prime Minister Abe has spoken of Japanese hostages captured and killed by Daesh. What nobody speaks of but everyone has in their hearts, the Daesh lied and fooled our Emperor by pretending Kenji Goto was alive and making a request for considerations to be paid to Daesh.

I implore my divine Emperor to ask the Honourable Shinzo Abe to make an army right away and come to fight as honourable soldiers and honourable airmen of the setting sun. Thirteen million Japanese are ready to go and do the honourable duty for Kenji Goto.

My Emperor has been disrespected and this haunts my mind and my spirit.

Japan must also protect from China which is no different than Daesh in its imperialistic ambitions.

Geopolitically, increasing military capacity in Japan makes all the sense in the world for Japan. Any country in its situation, with its economic capacity, would be taking steps to grow its military, now. Japan has proven its worth as an ally and proven that its once imperialistic behaviour of bad leaders is gone.

It is time now to avenge Kenji Goto. The goodness of that man and the honour of his family rest in my mind every day.
署名ソーニャ
天皇陛下万歳
Tennōheika Banzai!