In the past 24 hours the Assad-Regime plus Russia have resumed bombing in civilian areas of Idlib. Syria. A ceasefire requested by Civil Society lasted all of one day.

The shot-callers are deliberately targeting civilians and using UN don’t-bomb lists to target civilian medical and life-support infrastructure. That’s what is happening over the past five hours or more. It began many weeks ago, but nobody with ability to make a change paid attention. Now the only person who has the ability to make it stop is Vladimir Putin. If he doesn’t there is a good chance he will hang. There is no sparing Bashar al Assad. He will hang in Syria for his crimes, for that is Syrian law, unless he perishes before the hangmen gets his turn.

Assad should never have allowed the Iranians to infiltrate and control his government. Their bravado is all about their perceived impunity and Assad suffering the consequences. If those puppet masters were to be assassinated, no crime is committed because Iran says they are not there. 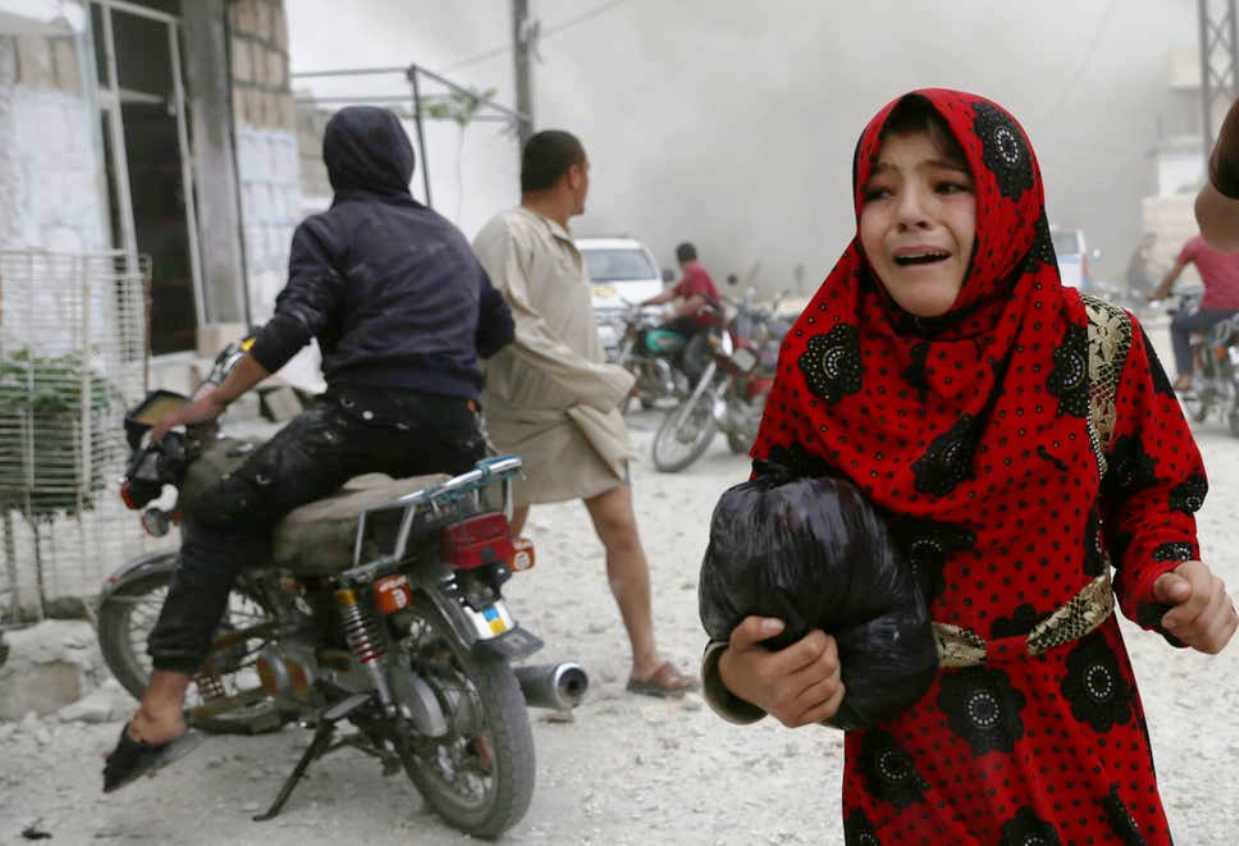 Day and night the bombs fall on scumbags and civilians, targeting mostly the terrorists among us.

Hay’at Tahrir al-Sham (HTS) a.k.a. “Organization for the Liberation of the Levant” are scumbags and we sabotage their gear whenever we can. But they are not the only Salafi Terrorists. Every wack-job on the planet is in Idlib hiding among olive-growers and stealing their product and their lives.

And like mosquitoes and rats they are indeed moved in among us awaiting extermination. That’s fair. But not for over  two million ordinary people.

And there will be civilian casualties in Idlib that the enemies of Syrians and Bashar al-Assad will exploit and the world will see.

Turkey must open its borders and God knows the Turks have already done good by migrants. Iraq and Jordan must open doors. People must leave Idlib. The animals can stay and fight.

Everyone who is neutral to this fight should leave.

Look carefully, your only value is as a dead body in front of a White Helmet’s  propaganda camera . Get out of Idlib.

We ask for a 7 day cease fire to allow civilians to leave.

Their ID-papers can be inspected on the roads south and north. So far it is only a terrorist campaign that is being directed at innocent civilians to scare them out.

You Putin and Assad must cease fire and invite the civilians out or be prepared for your execution by the rule-of-law administered by a law-abiding society.

Putin, you are nearly worthy of the moniker  “criminal”.

Assad, you are a criminal. 7.7 Billion people have your number. It’s up. Your time on Earth is probably limited. Don’t push your luck. Buy yourself some time. You have been in my sights before.

There is no turning that back.

You beg Earth’s reprisal by continuing your massacre of millions in Idlib.