United with their sisters around the world the extraordinary women of The RINJ Foundation in North Korea have written to the UN Secretary General about the terrible starvation and death of ordinary North Koreans who want no part of the war of Messrs. Kim and Trump. 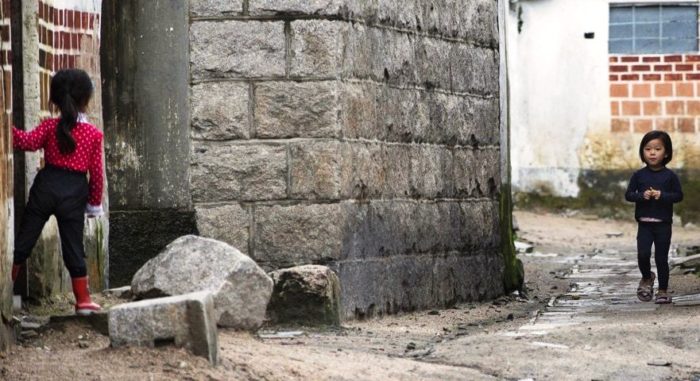 Dear Mr. Guterres:
With all due respect sir, in our fight for the safety of women and children we advance that the Office of the UN Secretary General should not acquiesce to America in the context of the prelude to war in East Asia. Furthermore sir, effort must be directed to put an end to the current military misconduct in East Asia that according to the beliefs and fears of our members around the world might destroy much of Southeast and East Asia.

Please stop the starvation caused by the UN sanctions against  North Korea (aka DPRK)  intended to punish a Nuclear State for becoming a Nuclear State.

When will your office tell the parties to stand-down militarily and open its doors to  invite the belligerents (still at war since 1950) to begin peace talks to end the Korean War?

Today some 35% of North Korean children are already stunted from malnutrition. Many die unexpectedly from failure to thrive – no food, no medicine. There can be no forgiveness for hurting so many children in this brutal manner.

There can be no forgiveness for bringing the world to the brink of WWIII. This jingoistic conduct must stop now. Speak up, good sir.

North Korea is a nuclear nation. Japan and South Korea may want to do the same thing. Let them balance the regional power, not the United States which robotically kills millions in Asia including a million in Iraq and many millions during the post war carpet bombing of NK peasants in the early 1950s. 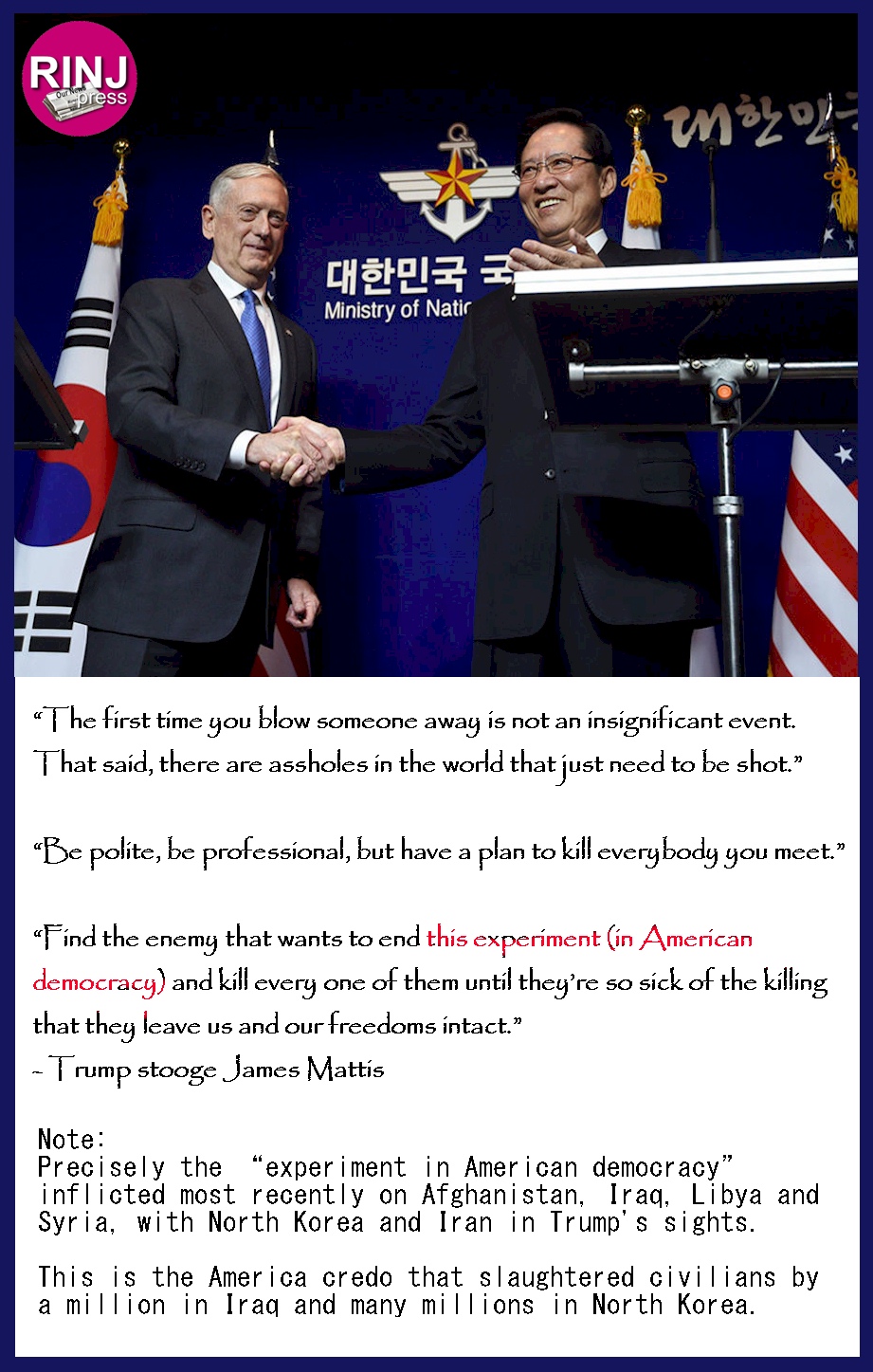 James Mattis is the US Secretary of Defense picked by Donald John Trump to spearhead the US effort in East Asia to “Totally destroy” North Korea. Donald Trump is the man about whom 27 American psychiatrists and psychotherapists have written in a newly published book, “The Dangerous Case of Donald Trump” in which they say “We collectively warn that anyone as mentally unstable as this man simply should not be entrusted with the life-and-death powers of the Presidency.”

These men, sir, appear to be the two men whose advice you are taking. These men are not espousing human development, sir, they are talking about mass murder.

Forgiving the past US war crimes in North Korea can only be brought about by dialogue and understanding. Another killing spree on their borders is not going to be tolerated by DPRK neighbours Russia and China.
Human rights in North Korea have always in its history been violated by everybody, but in this day human rights do not exist when the United Nations starves ordinary civilians with sanctions on food and medicine. Blaming the handful of elitists apparently running the country from Pyongyang is intellectually dishonest in the context of a United Nations’ security Council member fielding trillions of dollars in weapons and weapon systems yet not a single air drop of humanitarian aid of medicine and foodstuffs for the isolated betrayed millions of North Korean peasants.
Nevertheless it is Mr. Kim’s own people who must hold him accountable. They are in the meantime being starved to death by the international community led by Mr. Donald John Trump’s scurrilous conduct and the UN which has lost all credibility for being an apparent mule of the United States.

The Office of the United Nations Secretary General must no longer acquiesce to America; must seize the moment to calm global fear of imminent world war; and must put an end to the unlawful amassing of American nuclear weapons of war in East and Southeast Asia that might kill millions of Asian civilians who have no way to protect themselves and who have no part of this apparent personal feud between Messrs. Kim and Trump.

With all due respect,

Recent articles on this topic: