From @TheReaperTeam  (Twitter)
May 2016 Instructions:
Find the raping, murderous ISIS Jihadist pigs in Mosul. Smash his head with a rock, or slaughter him with a knife, or run him over with your car, or throw him down from a high place, or choke him, or poison him.
Day by day we are taking back more of the city.Tweet
https://twitter.com/TheReaperTeam/

Locate the Daesh houses on your street and attack them. Kill the Daesh squatters.

One by one Daesh will be driven from our houses and we will take Mosul back!

Do you really want to wait for 50,000 Shia Militia-led soldiers to come slaughtering their way into Mosul? #RiseUp 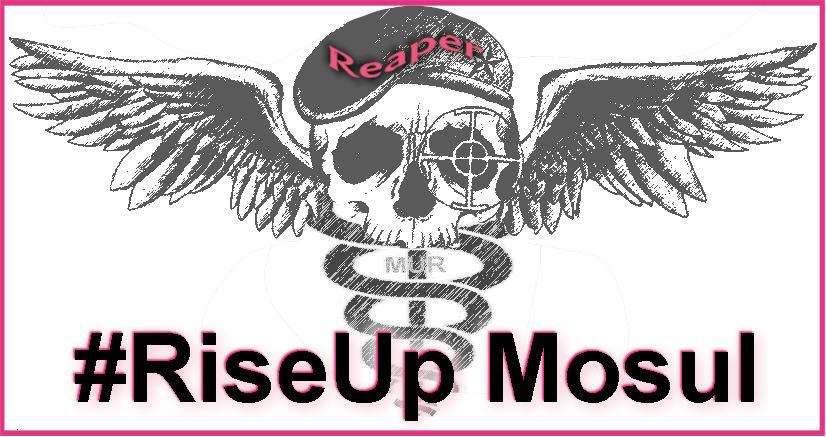 Daesh have chemical weapons down by the airport and an airplane. They plan to kill us all, all the people in Mosul if they are losing the battle with the 50,000 Iraqi (Shia) soldiers. Moslawis must act now and save themselves.

If ISIS (Daesh) stays, everybody in Mosul dies.

Do we want a Shiite army in Mosul next month? No.

Shiite militias are said to have massacred more than 70 Sunni villagers during an operation against jihadists in Diyala province last year and in Tikrit where even more were killed. In the fights throughout Anbar province in 2015 the harm to local Sunni communities has been done mostly by the so-called Shia “liberators”. So, when the mostly Shiite Iraqi army of 50,000 arrives on the scene to recapture Mosul, a poorly led, Iranian-backed Shia army with US advisers will help ISIS destroy the city.

If there is a chance of survival for the people of Mosul, it lies in the ability to decide our own fate. The Kurds are our friends and they are pressing ISIS from all sides of Mosul. When we blow the five bridges, block key routes, bomb certain buildings, and segment the city, Daesh’s few people (very few compared to the population of Mosul) cannot move around and we the people can then take over huge segments at a time of the city. Peshmerga will move in with us. ‪#‎riseup‬

Daesh kills 1.4 people per hour in Mosul  but when the Shia soldiers approach the Daesh will kill us all, booby-trap many of our homes, and run away to Syria. Those who are left the Shia will slaughter. They will. #RiseUp

Daesh have seized the Moslawis’ children. Kids are now brainwashed Daesh killers and need to escape but they try and escape and are killed by Daesh en masse. As the Daesh bullets fly and the kids die, these little children scream to each other, “to die is better than to live”. Makes you want to scream to all men of Mosul: “You men get off your butts and save the kids!“, doesn’t it? Let the women do it? Fune. We will. #RiseUp

We must push Daesh out of Mosul so the Peshmerga on the east Nineveh and the PKK Kurds on the west Nineveh will kill them or push Daesh back to Syria. Nineveh province and Anbar province must get rid of Daesh Disease. The Peshmerga will not stay after the Daesh are pushed out, they will guard the roads to the Moslawis’ homes. Mosul will be saved if you #RiseUp

Mosul people must #riseup or die.

The 750,000 people in Mosul are terrified by the actions of some 3-5,000 terrorists. We are the bigger number by far. We must do it or die. The day is coming when Mosul and Nineveh will become two. Mosul Uprising Begins. stay off the bridges. #RiseUp

Women Nurses & Doctors Respond to ISIS Salafi-Jihadi militants like this:

#RiseUp Here is how.

Every MuR captain and vigilante resistance supporter must take control of their own street and community to remove the Daesh. They may not enter | they may not leave alive.  Know your neighbours. Block your street and control who enters.  Your guns, knives, razors, swords, rocks, axes, shovels, pitchforks, irons, pots, pans, a can of food, hammer, lamp and glass bottles are all weapons. Wear protective gear like gloves, motorbike helmets, bicycle helmets, leather jackets, leather clothes, denim clothes, steel-toed footwear, and eye protection. Arm yourselves.

The Mosul Underground Resistance (MUR) set up by the Reaper Security Team of guards policing RSAC Clinics and organizing and working with the ‘Revenge of Nineveh’, the ‘Brigades of Mosul’,  the ‘Lions of Nineveh’, the ‘Brigades for the Liberation of Mosul’, The ‘Mosul Youth Resistance Movement’, and the ‘Mosul Liberation Battalions’ are urging all citizens of Mosul to follow their training and their instincts and rise up when Mosul and Nineveh become two. 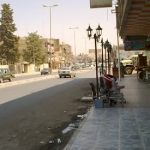