If we catch a rapist in the war zone, they will lose everything. 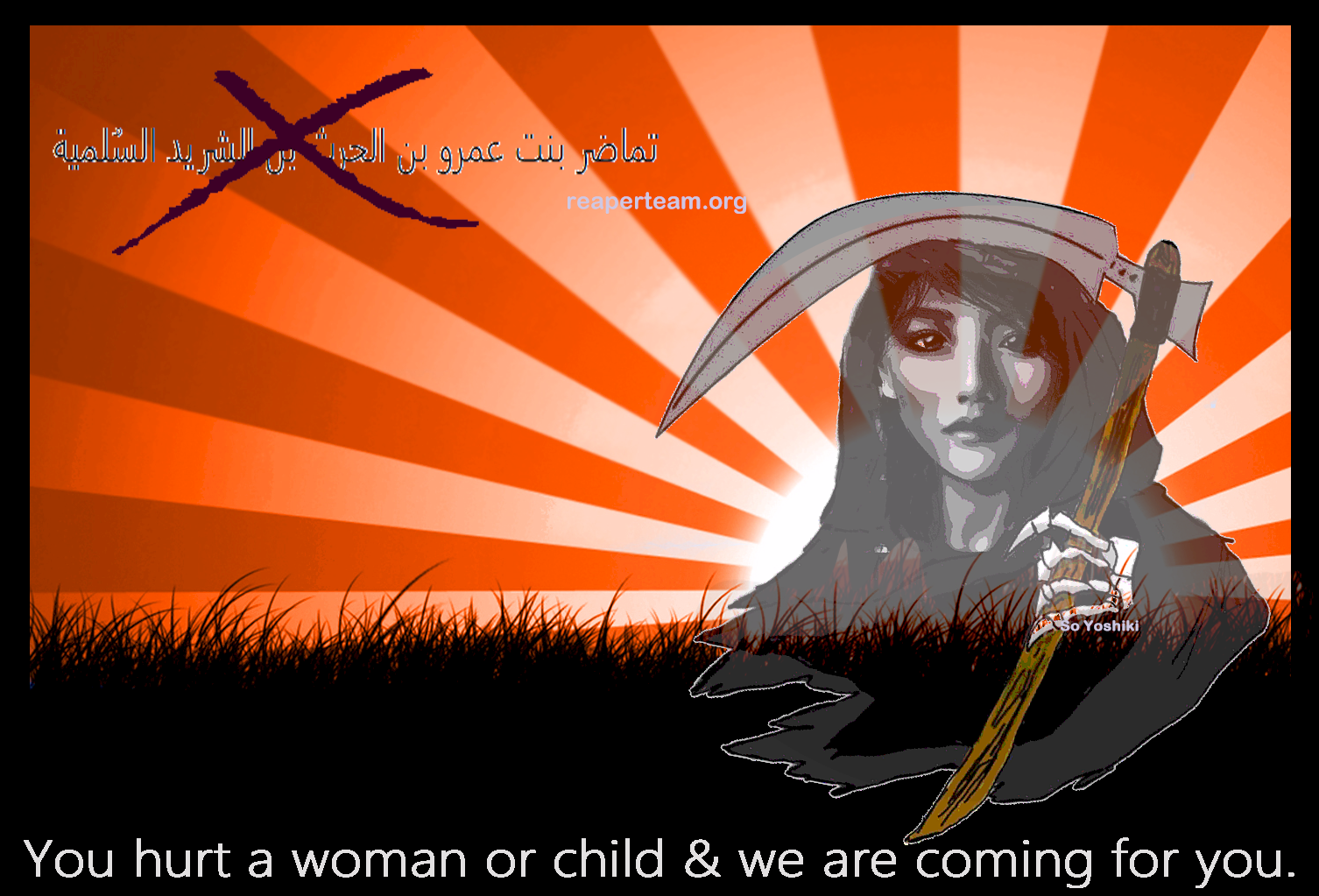 The next women you try could be one of us blade girls, the Reaper Team.

We do not play nice like our client, the amazing Rape Is No Joke nurses (RINJ Women).

You started this war. We will finish it for any rapists the DNA trail points toward, if we even need that to find you. You will be hunted down and even if you escape the war zone, you will be prosecuted under UN Resolution 1820 and then some.